For we cannot but speak the things which we have seen and heard.  (Acts 4:20)

House of Bishops, House of Blues: 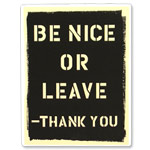 It is not easy for Lutherans to describe events in the Anglican Communion, but we'll try.
Beginning September 20 the House of Bishops of the Episcopal Church, USA met with Archibishop of Canterbury William Rowans in New Orleans to respond to concerns raised in other parts of the Anglican communion and to uninvited "cross boundary" pastoral interventions by Bishops in other parts of the Anglican communion.
In February, the Primates of the Anglican Communion meeting in Dar Es Salaam called on the Episcopal Bishops to ban blessings of same-sex unions and the consecration of gay bishops.
Ultimately the New Orleans meeting resulted in a tortuously worded statement titled A Response to Questions and Concerns Raised by our Anglican Communion Partners in which, the bishops pledged not to authorize rites for blessing same-sex unions and "reconfirmed" a 2006 resolution of the General Convention that would prevent consecration of "non-celibate gay or lesbian candidates for the episcopate." They also called for an immediate end to "uninvited incursions".
Press responses to the Bishops' statement have been reminiscent of reactions to the recent ELCA Churchwide assembly. The New York Times declared Episcopal Bishops Reject Anglican Church's Orders while a representative of the Human Rights Campaign declared, "This decision is a profound disappointment to lesbian, gay, bisexual and transgender people everywhere."

The Outies photo zoomed straight to the top of the list of most popular photos from the August Churchwide assembly and stayed there. The Outies are the queer pastors who came out at Churchwide, and there's a nice photo of thirty-two of them standing on a staircase.
Thanks to all our readers who voted for them.
Now the next step is to include ECP candidates in your church's next call process.

If you don't live in the Twin Cities, you probably missed the recent exchange of opinion pieces in the Star Tribune. It began on Sept. 16 with An Unavoidable Truth, a heartfelt meditation by Charlotte Sullivan on the painful havoc that results when gay and lesbian people are so demonized by the surrounding culture that the simple, unavoidable truth of being gay becomes unacceptable.
It's been a hell of a journey to get to the place where I could write this... In spite of all the pain and upheaval I've experienced this past year, I've never felt freer in my life. I finally know who I am. I am not ashamed. And, oddly, I feel born again.
It's kind of like that one guy said: "And you shall know the truth, and the truth shall set you free."
You have probably heard stories like Ms. Sullivan's before, perhaps you have lived such a story yourself, and you know how rare it is that any religious leader could even acknowledge being touched by such a story, let alone respond graciously.

Sinfully Delicious: You'll be the envy of everyone in your lectionary study group, and your Fair Trade Coffee will be sinfully delicious because you're drinking it from the Official LutheranConfessions.com MUG!

Be the Life of the Party:
Worn out your old copy of The Book of Concord?
Get a new one.
Evangelical Lutheran Worship: what's all the fuss about? Find out for yourself.
Looking for a good old hymnal? We've got those, too.
Buy books, music, and other Lutheran stuff now from the LutheranConfessions.com Store! (Frequently cheaper than Augsburg-Fortress or Concordia.)

Hot Dish Hotline: "We cannot but speak the things which we have seen and heard." What have you seen or heard that other people really need to know about? Use the Hot Dish Hotline to submit your item online.

And yet, one week later, in the pages of the Star Tribune, there appeared a piece titled Change is hard, but it will come, an open letter responding to Ms. Sullivan's meditation by former ELCA Presiding Bishop Herbert W. Chilstrom who did not avoid the unavoidable and offered a word of hope that the church can, and ultimately will, learn to accept people irrespective of gender identity or sexual preference.

The Road to 2009: You'd have to piece it together from more than one web page, but diligent followers of ELCA events will notice that the Oct. 5-7 meeting of the Task Force for ELCA Studies on Sexuality at the Lutheran Center in Chicago coincides with a Conference of Bishops meeting (Oct 4-9) also at the Lutheran Center.

Pr. Sophie Fortresson, our resident expert on all matters of theology, Lutheran etiquette, and social protocol, answers questions submitted by our readers and occasionally simply volunteers advice when no question has been asked. Send your questions to pr_sophie@lutheranconfessions.com.

Dear Pastor Sophie: Mine is a question of queer Lutheran social etiquette.
I am an openly queer person who has started attending services at a small rural congregation that recently voted to be Reconciling in Christ. I have what might be described as a traditional 'lesbian' aesthetic. I've noticed some of the older members' eyes lighting up when they see my short hair cut and nose piercing - they don't say it out loud, but I can almost hear their cry, "We got one!" In many ways I have been touched by their awareness of my look and their warmth in reaching out to welcome me. At other times, I feel like a poster child for their social justice action.
I now find myself in a peculiar situation. Last week, a handsome pair of fashionably clad men with stylish shoes and strong choral voices attended worship. In my own head I heard, "We got two!" and desperately want to reach out. I'm worried about coming on too strong, and also don't want to prematurely form a queer caucus in this congregation. At the same time, a gurl like me relies on have strong gay role models in her life and they are in short supply in my small town. I don't want to miss my opportunity - especially when they are Lutheran!
Pastor Sophie, what is the best approach in this situation? Is there an appropriate casserole to convey, "I'd like to be friends with you and it's sort of because we are both queer and Lutheran but it's not completely that, because you just seem really cool?"
Sincerely,
Just Another Midwestern Queer Lutheran
Dear JAMQL: Pr. Sophie has just three words for you (though, of course, she won't stop there): Wayne's Lemon Squares.
If neither of these gentlemen is diabetic or has other issues with sugar, you can't go wrong with Wayne's Lemon Squares. They are an equal opportunity invitation to friendship that will be appreciated in spite of any pesky differences of sexual orientation or gender identity.
And when the time comes to start working in earnest on that queer caucus in your congregation, you may want to reveal (casually, of course) that the recipe is from Those People at That Church, the cookbook published by St. Francis Lutheran Church (San Francisco) in 1994 and sadly now out of print. Haul out a copy of the cookbook and caucus away! (Don't have a copy? Not to worry: anyone with your Internet savvy and Lutheran connections will find this book quicker than you can say adiaphora.)

Sign Up for E-Confessions: Are you tired of having to guess when the new issue of Lutheran (True) Confessions will be posted each week? Now you can sign up for E-Confessions and receive a summary of each new issue as soon as it's posted. Enter your e-mail address in the form below to sign up now.